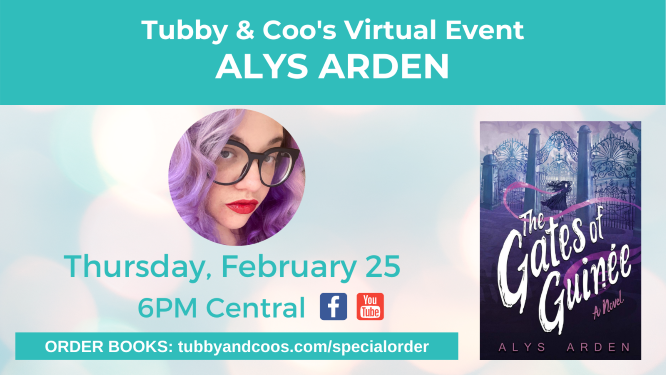 Join us on Thursday, February 25 at 6pm CT as we host local author Alys Arden to discuss her newest novel and the last novel in The Casquette Girls series, The Gates of Guinée. This event will livestream to Facebook, YouTube, and our website homepage.

ABOUT THE GATES OF GUINÉE

The fourth volume of The Casquette Girls series picks up where the third book left off with Macalister LeMoyne held hostage by the Ghost Drinkers’ coven and Adele willing to risk it all to save her father, even if it means opening a portal to the Voodoo Afterworld to hunt down the spirit of one of the greatest witches who ever lived.

As the Ghost Drinkers seep into the crevices of the Crescent City, leeching the French Quarter of magic, the local witches are consumed with a new fight for survival. Adele has one chance to save everyone she loves, but it will mean breaking away from her coven and trusting a vampire.
For the first time in four hundred years, Niccolò Medici feels on the precipice of finding his stolen grimoire. But in order to restore his family’s legacy, he’ll have to succumb to his darkest desires. New York transplant and first responder Isaac Thompson will stop at nothing to protect Adele, even if he has to give in to his Spektral magic to unearth the truth about Nicco’s monstrous past.
For those who choose to pass through the Gates of Guinée, the rules of the Afterworld are simple: Don’t eat the food. Tell no lies.

In a whirl of lucid dreams, fetish markets, and ancestral reunions, only those who bare their souls will survive this ghostly hunt, or else they’ll join the land of the dead permanently.
Teetering on the razor’s edge between everything she desires and utter madness, only her heart and her magic can lead Adele back home… if only Callisto Salazar hadn’t stolen her Fire, and the most secretive one of them all hadn’t stolen her heart.

Hailed as “the Anne Rice of the text message generation,” Alys Arden’s sparkling debut, The Casquette Girls, entranced over a million readers online, and the series has since garnered a cult following around the world.

Alys Arden was raised by the street performers, tea leaf-readers, and glittering drag queens of the New Orleans French Quarter. She cut her teeth on the streets of New York and has worked all around the world since. She either talks too much or not at all. She obsessively documents things. Her hair ranges from eggplant to cotton-candy colored. One dreary day in London, she missed home and started writing The Casquette Girls. Her debut novel garnered over one million reads online before it was acquired by Skyscape. The fourth book, The Gates of Guinée, is due out in January 2020.

Her first graphic novel, Zatanna: The Jewel of Gravesend (DC Comics) illustrated by Jacquelin de Leon is due out in 2021.

Alys is represented by Alexandra Machinist and Zoe Sandler at ICM Partners. She still plans to run away with the circus one star swept night.

*If you would like your book signed, please order at tubbyandcoos.com/specialorder. 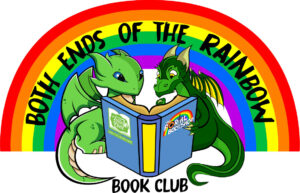 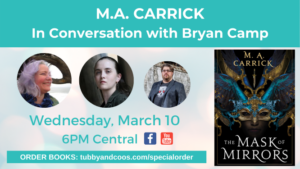