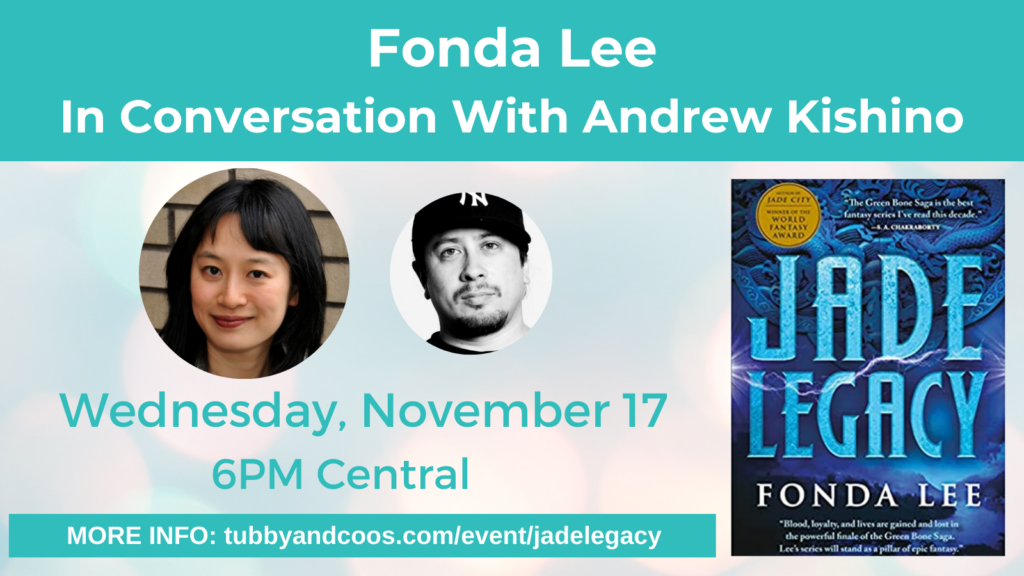 Join us on Wednesday, November 17 at 6pm CT as we host author Fonda Lee to discuss her newest book, Jade Legacy, with audio book narrator Andrew Kishino. This event will livestream to YouTube.

The Kaul siblings battle rival clans for honor and control over an East Asia-inspired fantasy metropolis in this page-turning conclusion to the Green Bone Saga. As the struggle over the control of jade grows ever larger and more deadly, the Kaul family and the ancient ways of the Kekonese Green Bones will never be the same. Battered by war and tragedy, the clan must discern allies from enemies, set aside bloody rivalries, and make terrible sacrifices, but even the unbreakable bonds of blood and loyalty may not be enough to ensure the survival of the Green Bone clans and the nation they are sworn to protect.

Fonda Lee is the World Fantasy Award-winning author of Jade City and the award-winning YA science fiction novels Zeroboxer, Exo, and Cross Fire. Born and raised in Canada, Lee is a black belt martial artist, a former corporate strategist, and an action movie aficionado who now lives in Portland, Oregon with her family.

Andrew Kishino has been a voice actor for the past 18 years. His credits include Lucasfilm’s “The Clone Wars”, “Star Wars Rebels”, “The Bad Batch” & “Star Wars Visions”, Disney Junior’s “The Lion Guard”, Nickelodeon’s “The Casagrandes” & “Teenage Mutant Ninja Turtles” and Cartoon Network’s “Steven Universe” & “The Regular Show”. He has voiced several national commercial campaigns, including Metro PCS and Expedia, and many of the largest video games in the last decade, including Ghost of Tsushima, Star Wars: Jedi Fallen Order, Call of Duty: Black Ops, Spiderman: Miles Morales, Final Fantasy and Days Gone.

The Newest (and last!) Book in the Series

Earlier Books in the Series 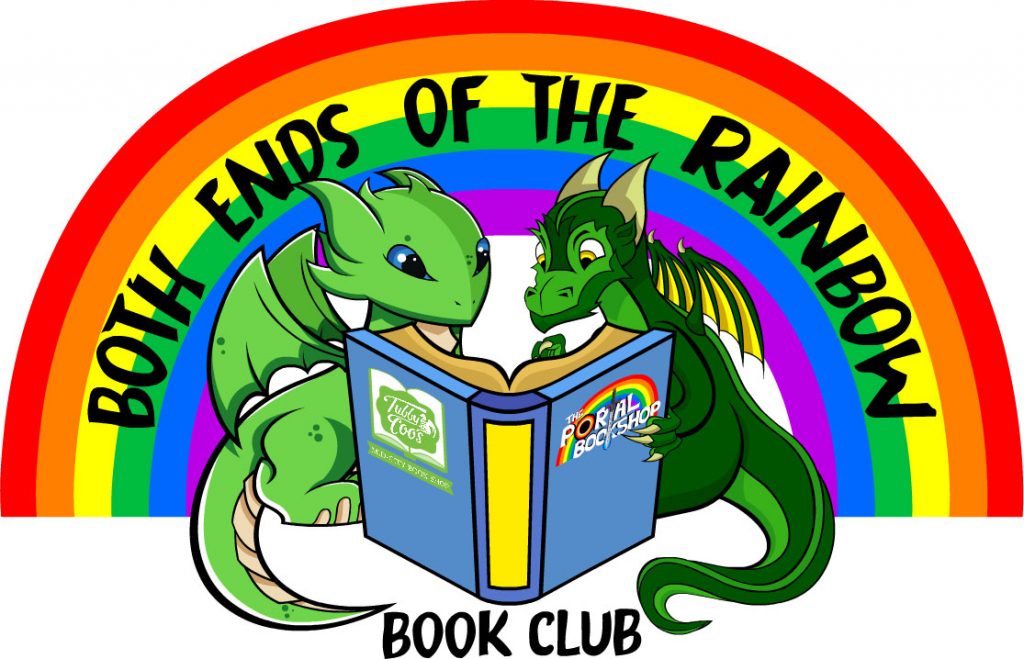 Tubby & Coo’s Mid-City Bookshop is pleased to present a virtual campfire event with S.A. Barnes, author of the sci-fi/horror novel Dead Silence! This event will be held digitally via Crowdcast.We ...
View Calendar
Add